Will the art market embrace the Whitney Biennial?

It’s that time again: The Whitney Biennial is back after a calendar shuffle (you might know why), and this time, the focus is the state of America, as the Biennial’s preset agenda always is. “America” as a concept is broad, though two years into a pandemic, it’s rather palpable the ways in which this country has changed and any brewing shifts accelerated during this time, for better or worse.

So it makes sense then, that curators Adrienne Edwards and David Breslin felt compelled to explore every side of what our reality is. In her opening remarks, Edwards explained, "We needed to make a show that actually felt like the times and conditions in which it was occurring." How they went about it actually is where much of the messaging sinks in.

Edwards and Breslin divided this year’s Whitney Biennial into two radically different floors with 63 artists across all demographic, geographic, and art world-adjacent lines. The fifth floor features numerous paintings and less overtly political works (think: a reflection of the art market), whereas the sixth floor faces the turmoil of our historical moment head-on.

Entering the sixth floor after an antechamber featuring Raven Chacon’s audio of the heavy silence in a Dakota Access Pipeline protest standoff, immediately the viewer is placed in a maze of high black walls showcasing solemn video works. Alongside the claustrophobia of the all-black maze, Alfredo Jaar’s video installation recreates the feeling of Summer 2020, in which ultra-high-powered fans overhead accompany footage of low-flying helicopters intimidating BLM protestors in Washington DC. By showcasing HIV+, queer, disabled, forgotten, and especially Indigenous artists like Raven Chacon, this Biennial tells a story of American art that not only values diversity, but actively works to raise up historically silenced voices. 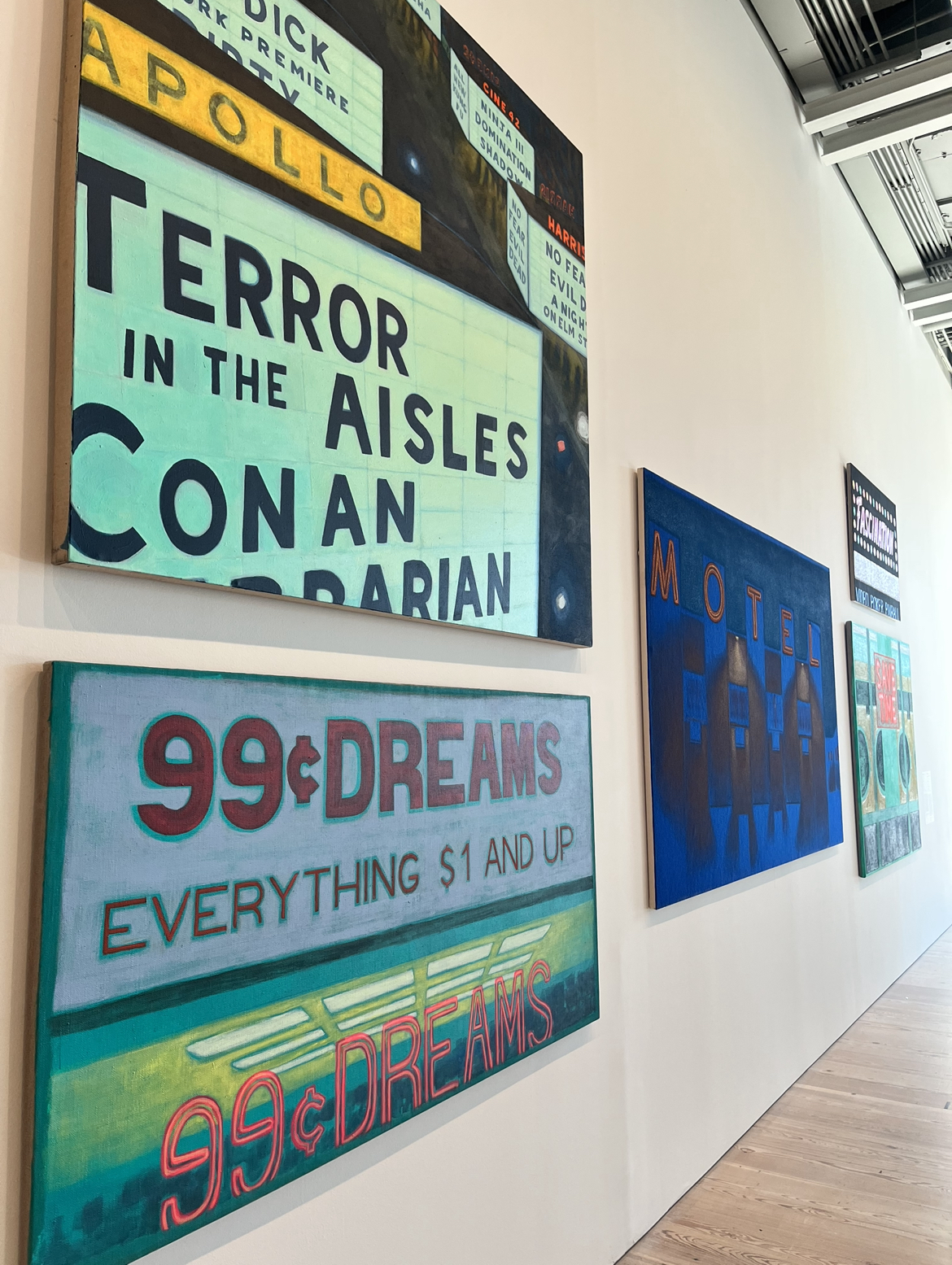 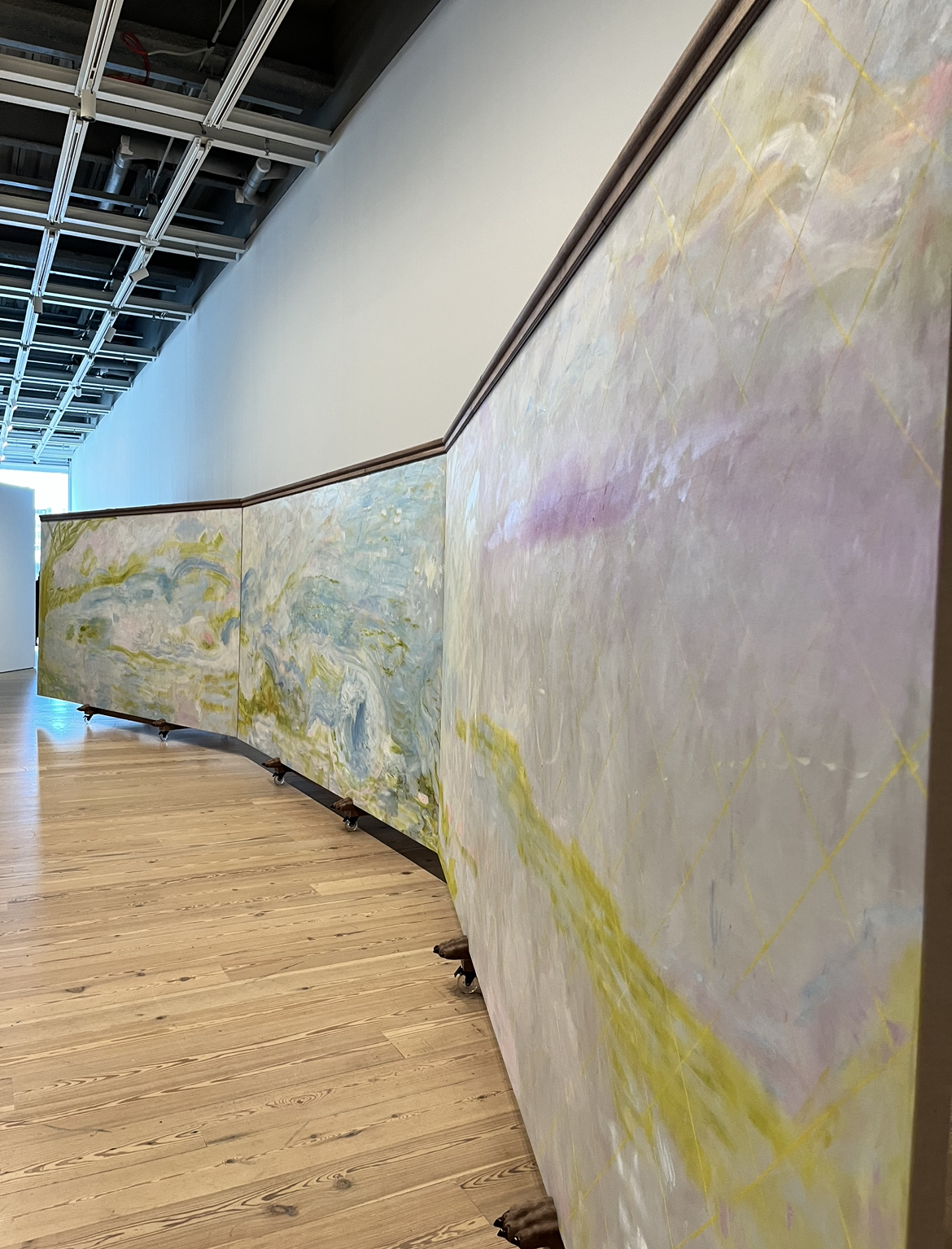 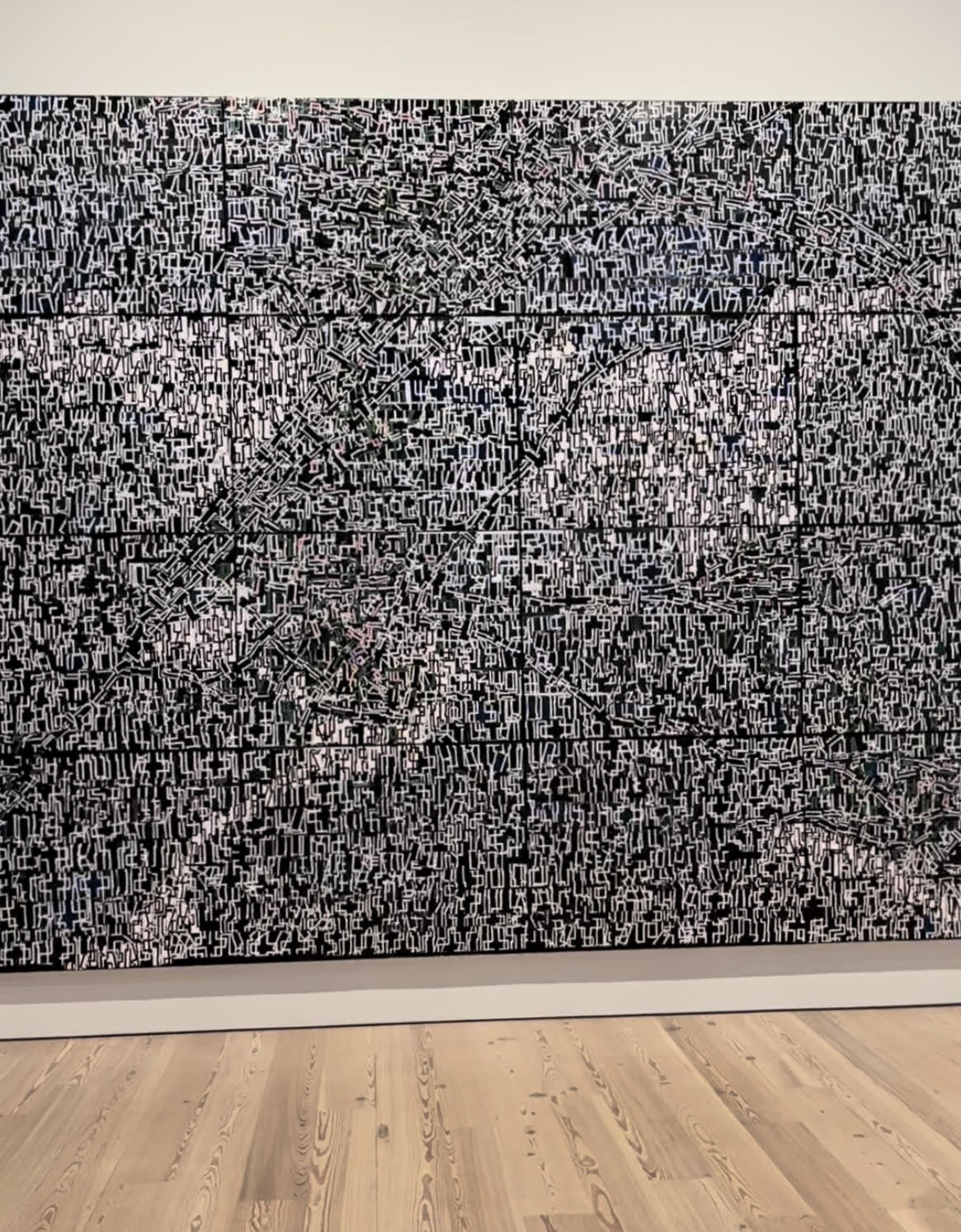 The sixth floor’s overwhelming historical weight is balanced by the open-plan fifth floor and its scattering of commercially successful artists. The handful of major works lacking an overt political agenda includes paintings by Jane Dickson, Leidy Churchman, and James Little. Notably absent are the loose figurative paintings which have featured prominently at art fairs and gallery exhibitions in recent years. Many of the works presented courtesy of blue-chip galleries, such as those by Charles Ray, Rick Lowe, and Sable Elyse Smith, feature the most difficult subject matter addressed by those artists. Ray’s sculptures, for instance, portray alcoholism and despair, while Smith exhibits a black Ferris wheel made from prison tables rather than her much sought-after coloring book paintings.

Breslin explained that the word “American” in the name of the museum must be addressed, demanding the Biennial go beyond merely describing American art, to actively push the boundaries of what it means to be American. The curators’ efforts to create a generous, expansive view of art in America also include unusual mediums and approaches such as choreography, video-game imagery, and installations that will change regularly throughout the exhibition’s run.

Laugh Track  or Who's That Peeking Through My Window? Sable Elyse Smith  (2021)

Perhaps more than ever, the 80th Whitney Biennial lifts up those artists the market has ignored and provides an opportunity for commercially successful artists to exhibit politically provocative work. Much like the tumultuous times the Biennial addresses, whether the market will embrace or reject the Whitney’s challenging vision for the future remains uncertain.