Dominic Chambers is one of the most exciting young painters in the art world. A recent Yale MFA grad, Chambers’ dream-like paintings challenge conventional depictions of Black identity – not only in art but also in media and pop culture. Capturing moments of leisure and study, Chambers sheds light on the overlooked intellectualism of the Black community. Chambers often depicts his subjects reading, resting, or meditating. They exist in a fantastical, colorful world evoking the imagery of Magical Realism. In his own words, Chambers wants to ensure Black people can be “celebrated as intellectuals by the collective.”⁠ 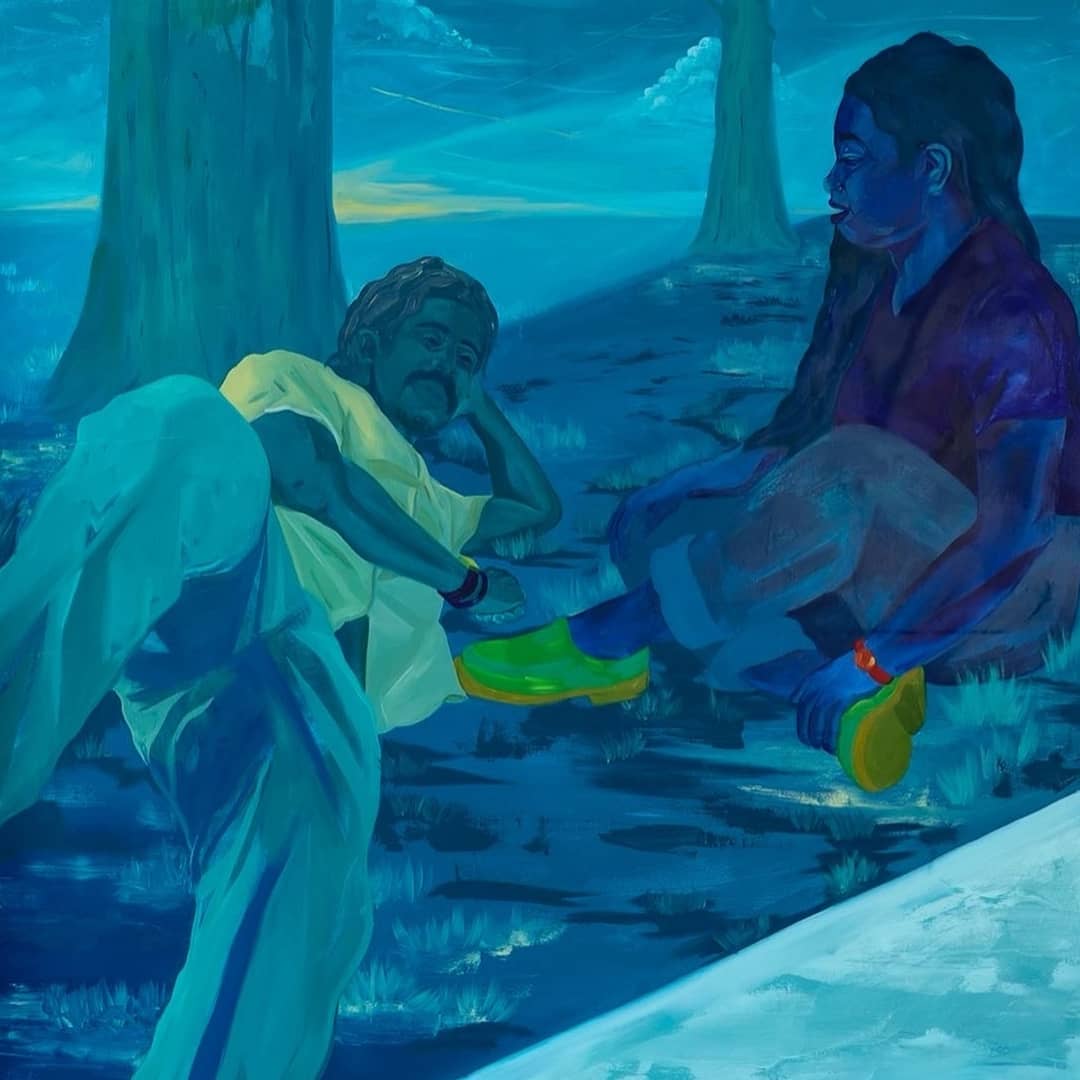 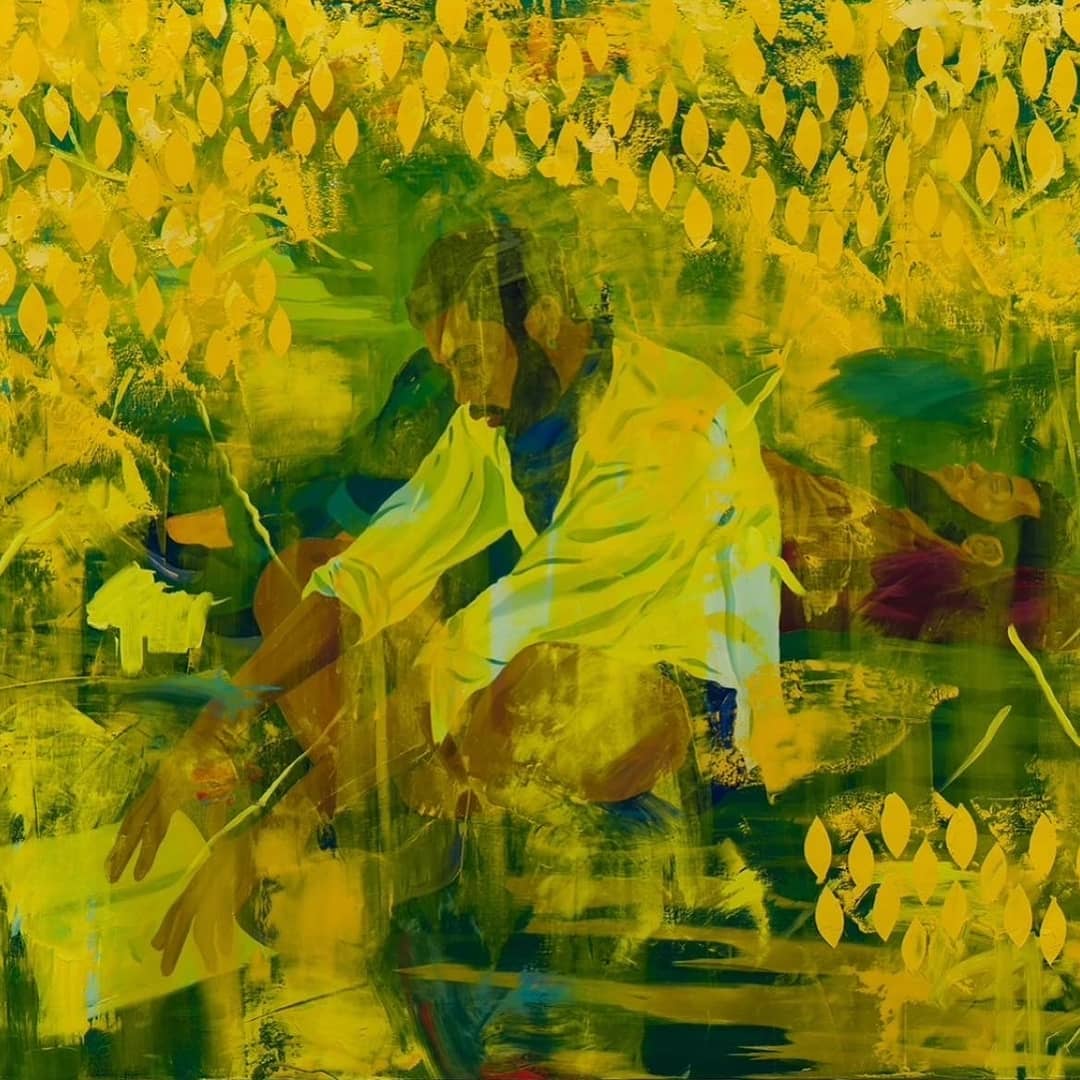 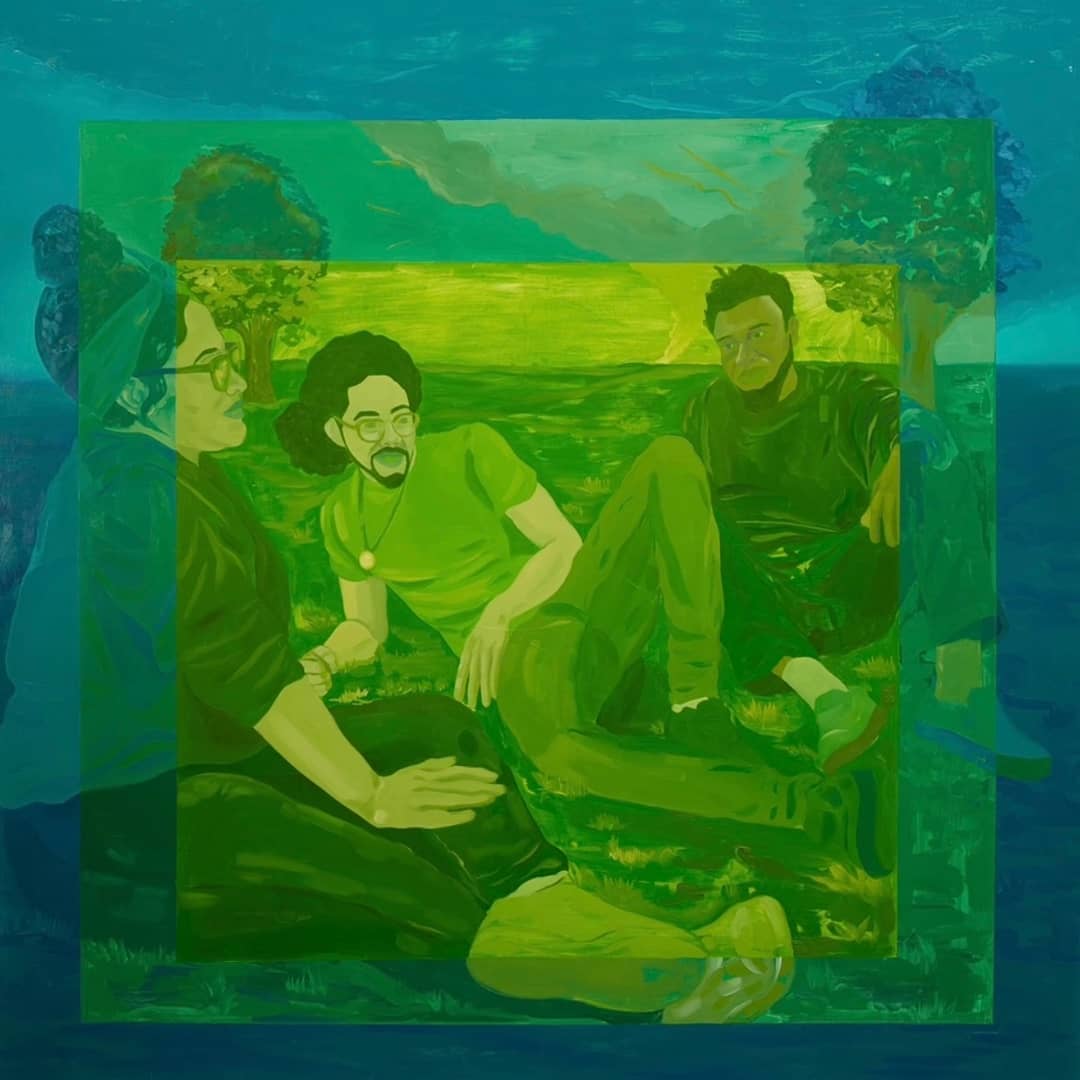 I first encountered Chambers’ work @154artfair in London, where I fell in love with one of his large-scale “wash paintings” at @lucegallery. In his wash paintings, Chambers paints a raindrop pattern over the scene, creating a veil-like curtain distancing his subjects from the viewer. The curtain creates an intimate and private space for his Black subjects to immerse themselves in literature and conversation, unperturbed by the world around them.⁠ 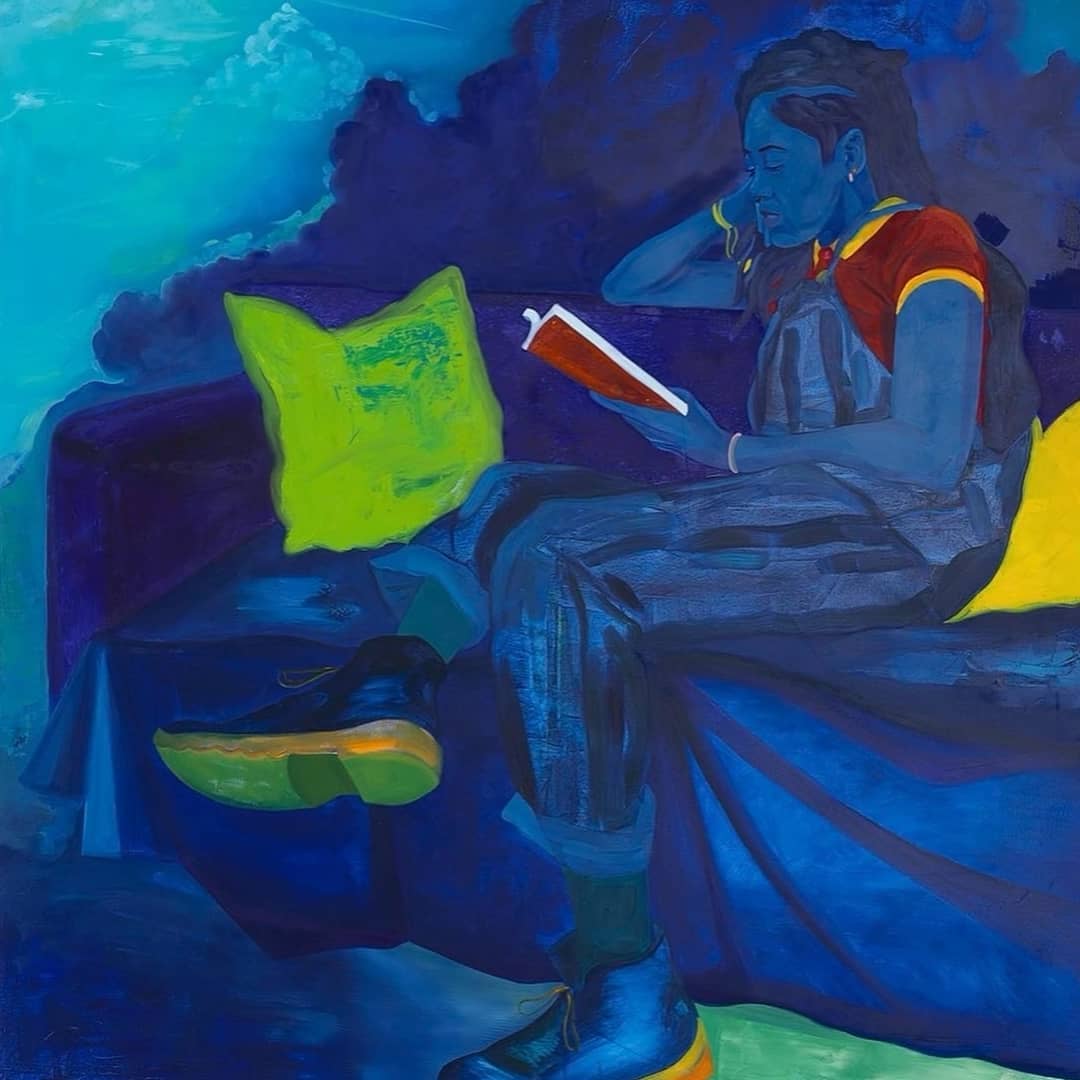 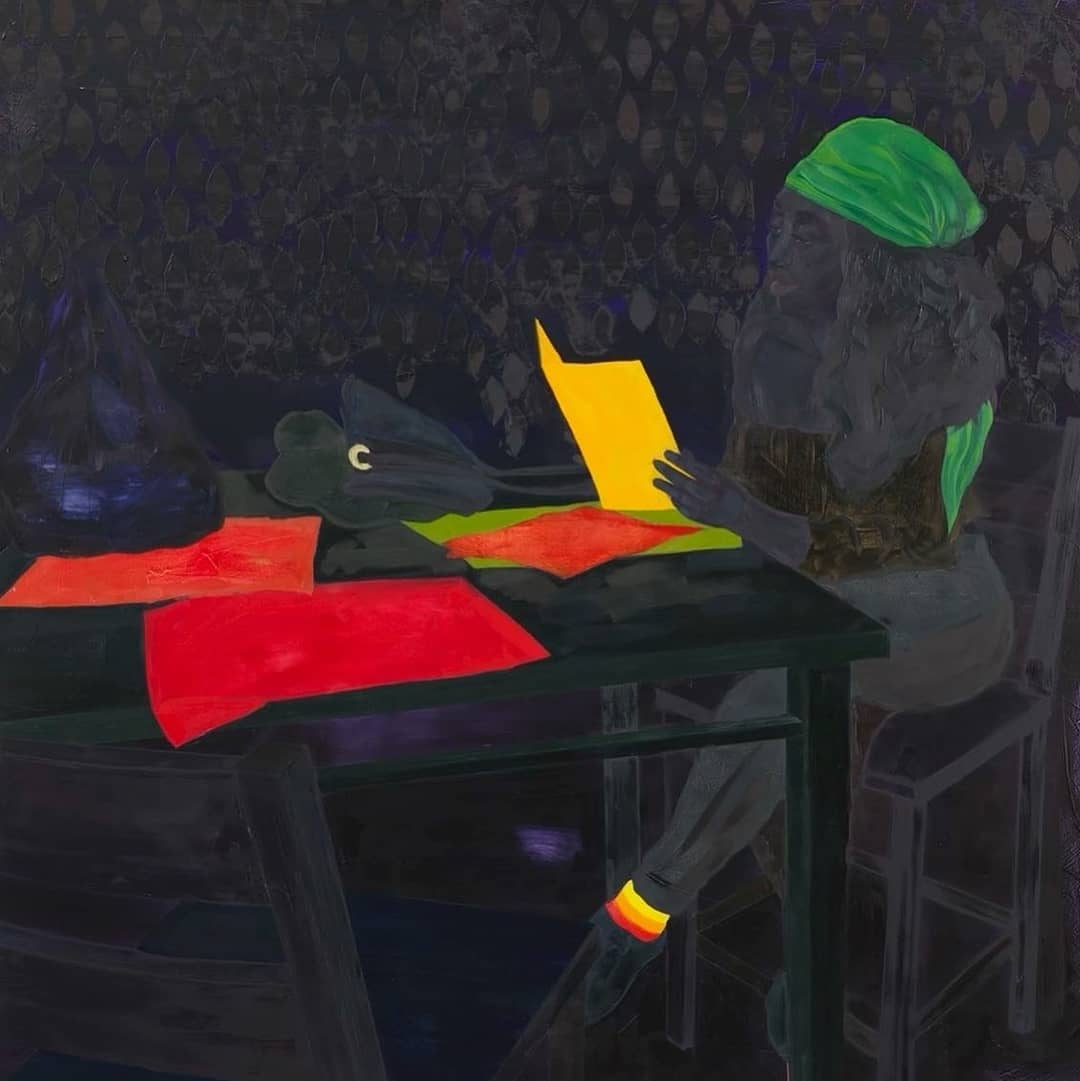 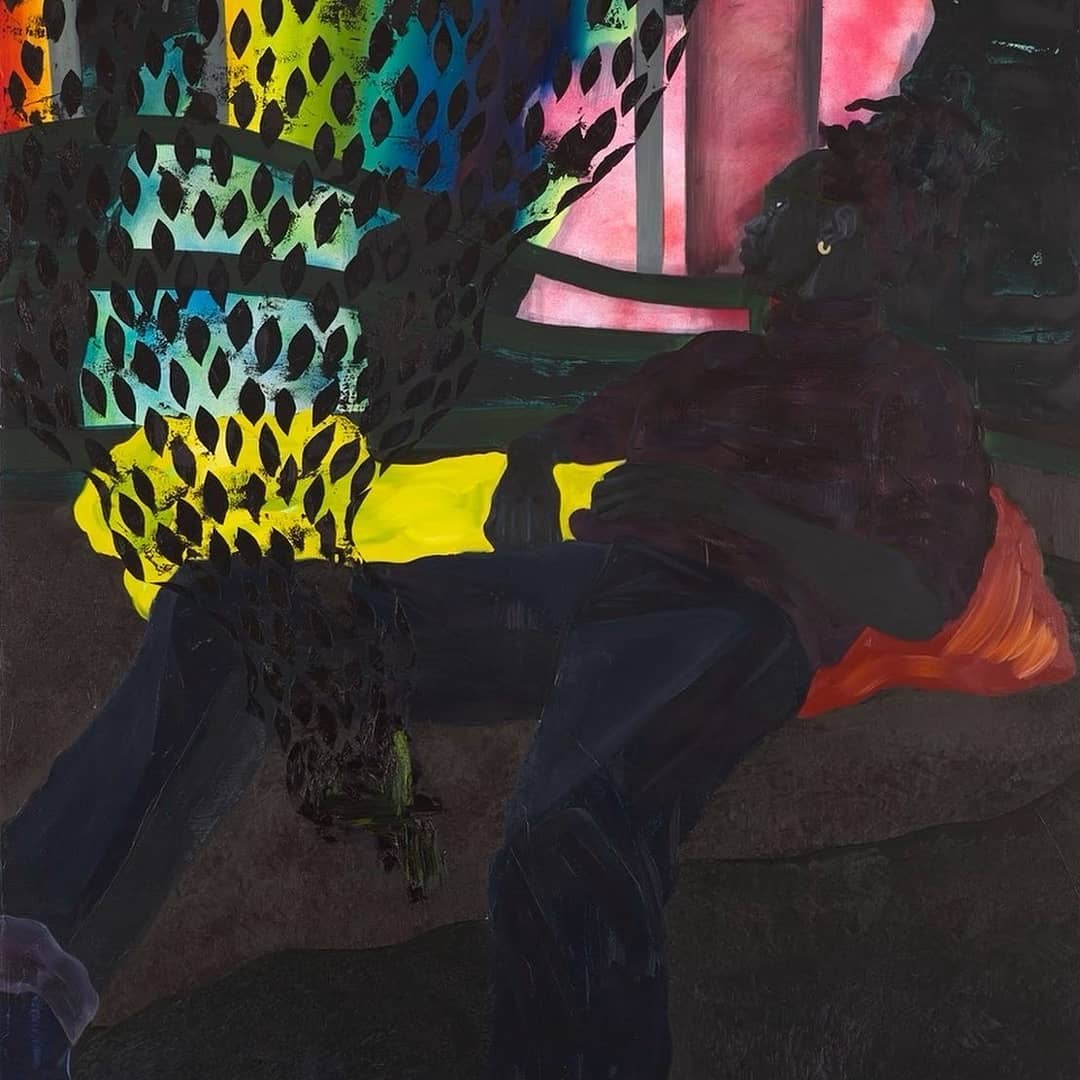 In addition to his wash paintings, Chambers has been working on several new series, including a group of works inspired by #JosephAlbers . Overlaying his portraits with blocks of color, Chambers reinvents Albers’ theories on color as a metaphor for contemporary race relations. In Albers’s work, our perception of different colors depends on how they relate to the colors around them; Chambers believes the same idea applies to race, saying, “Color is a relationship and it’s all about perception… I think about that as a visual metaphor for Blackness—how perception determines different contexts for and associations with Blackness.” Hence, Chambers work combines art history, literature, and politics to push back against stereotypes and reinvent the collective perception of the Black community.⁠ 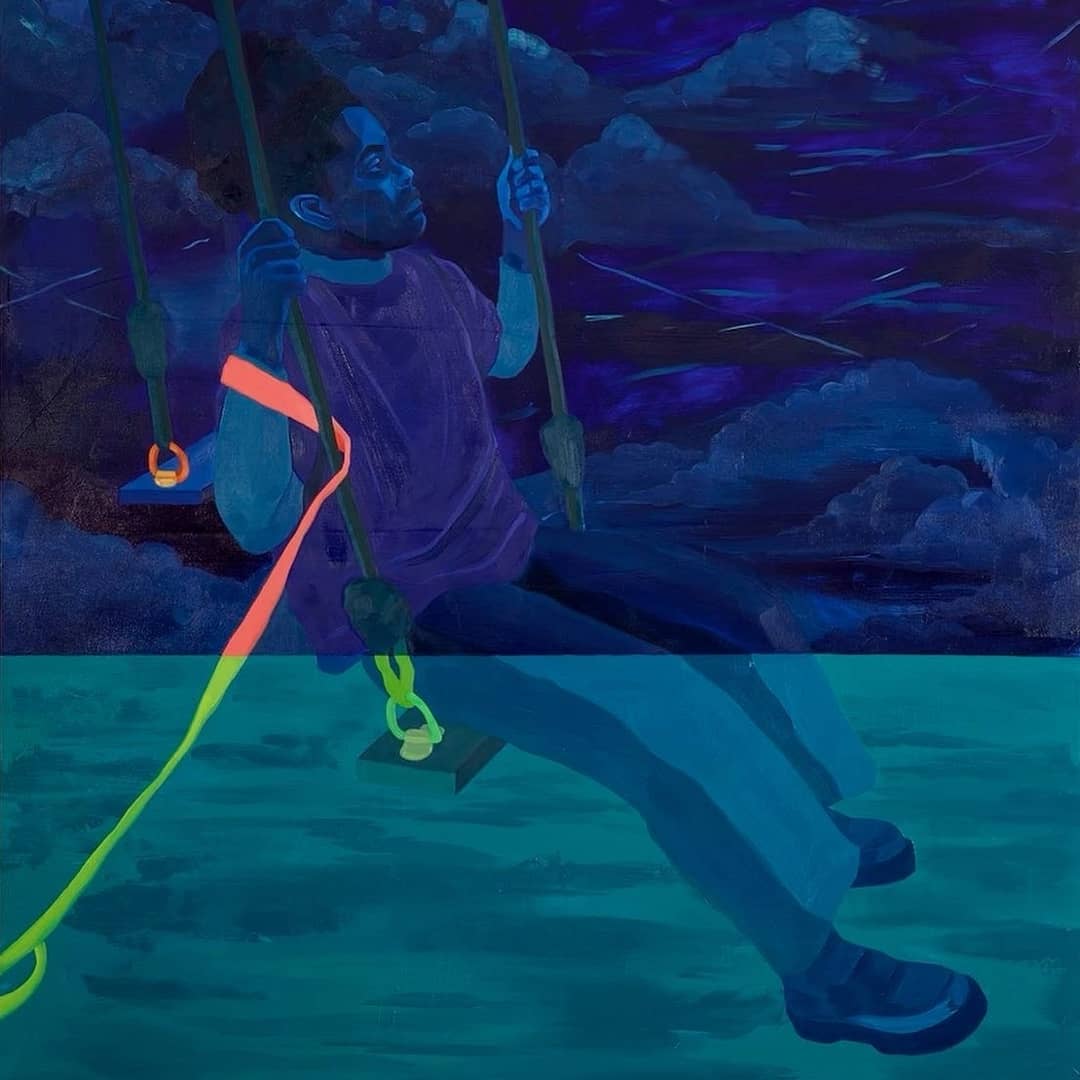 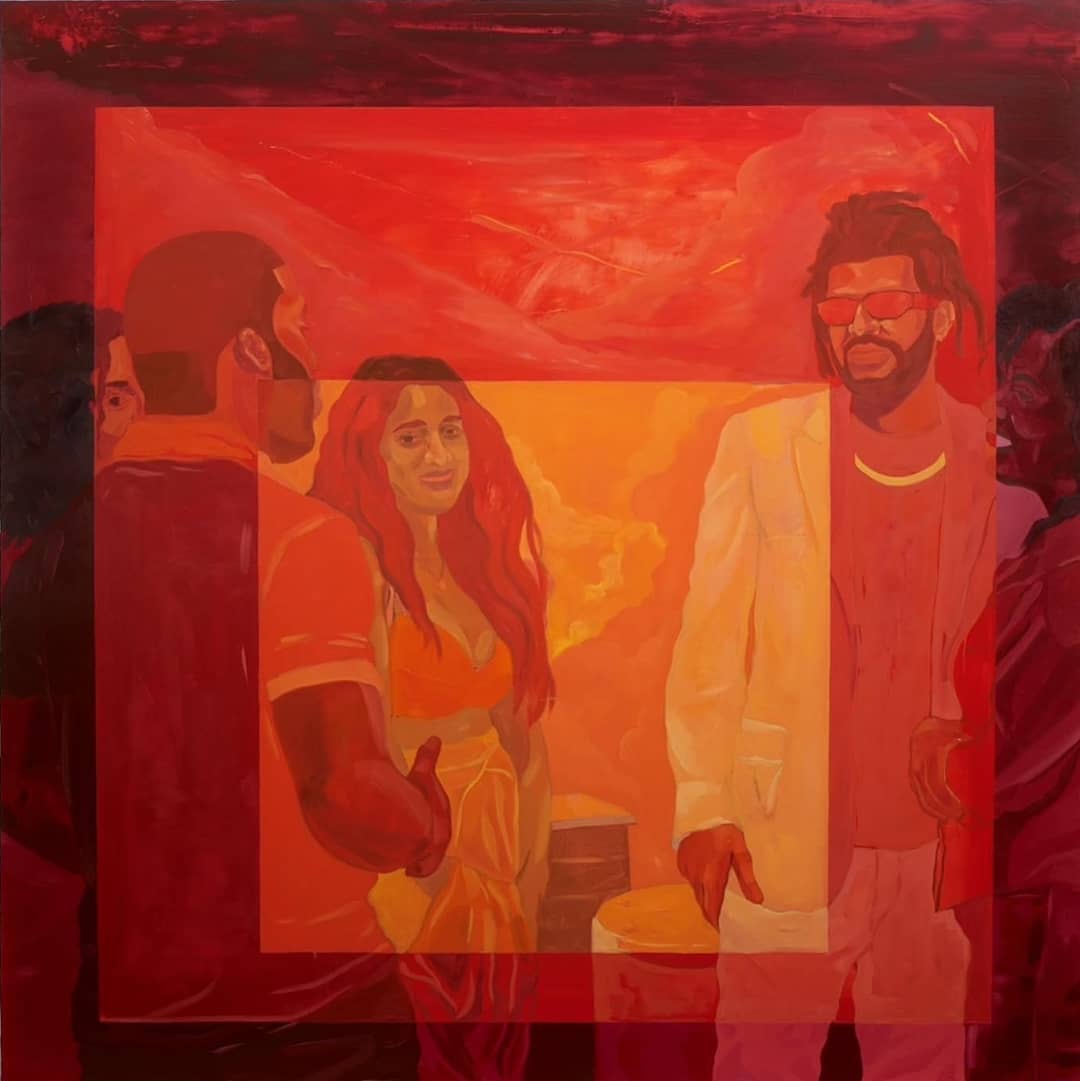 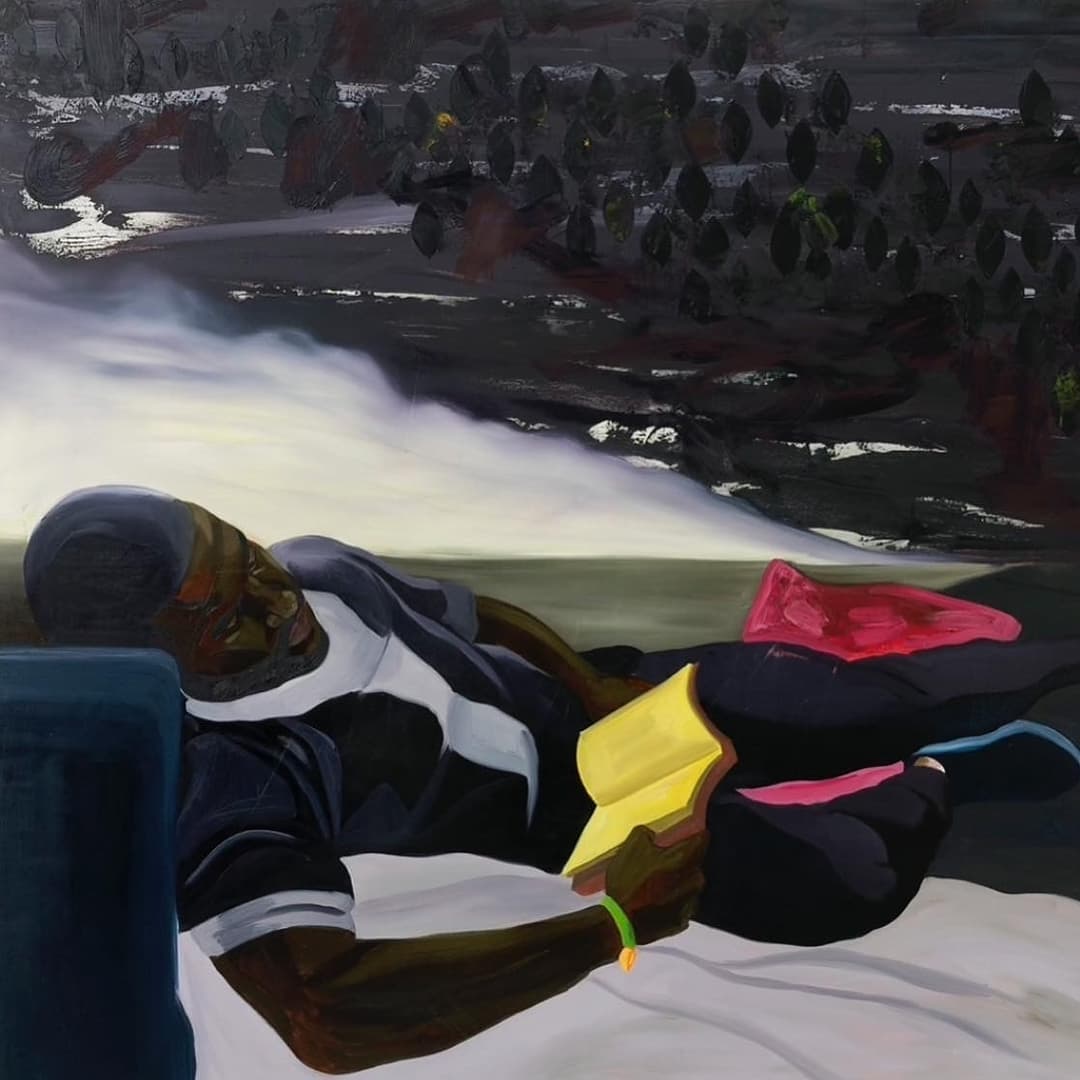 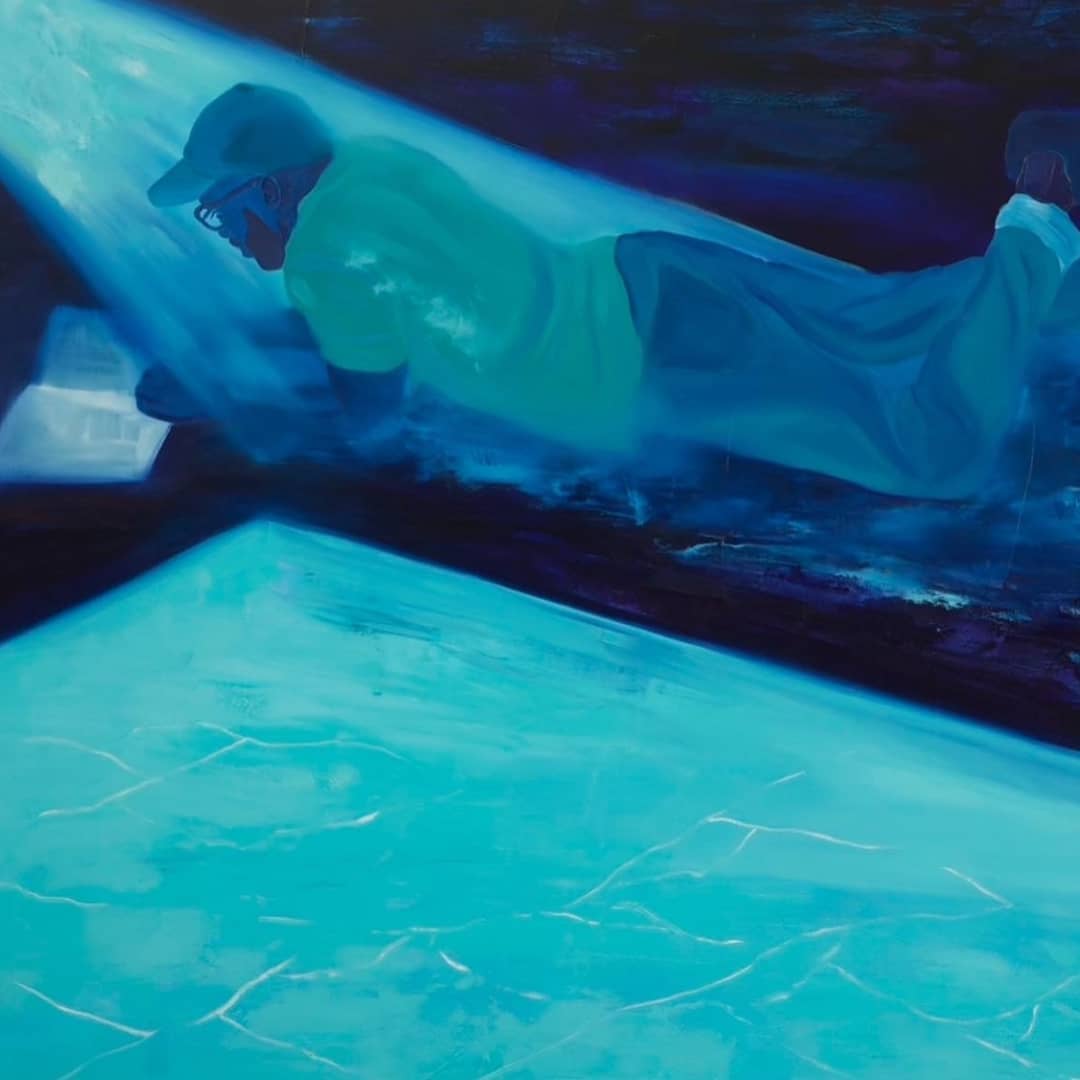 Welcome to the first post of our #Artists2Watch series, part of the #BaerfaxtXMuseumAddict collaboration. Every Sunday I’ll be sharing my favorite up-and-coming artists, and on Wednesdays I’ll share the best shows around the art-world as part of our other series #Shows2See. Stay tuned in! - @museum.addict