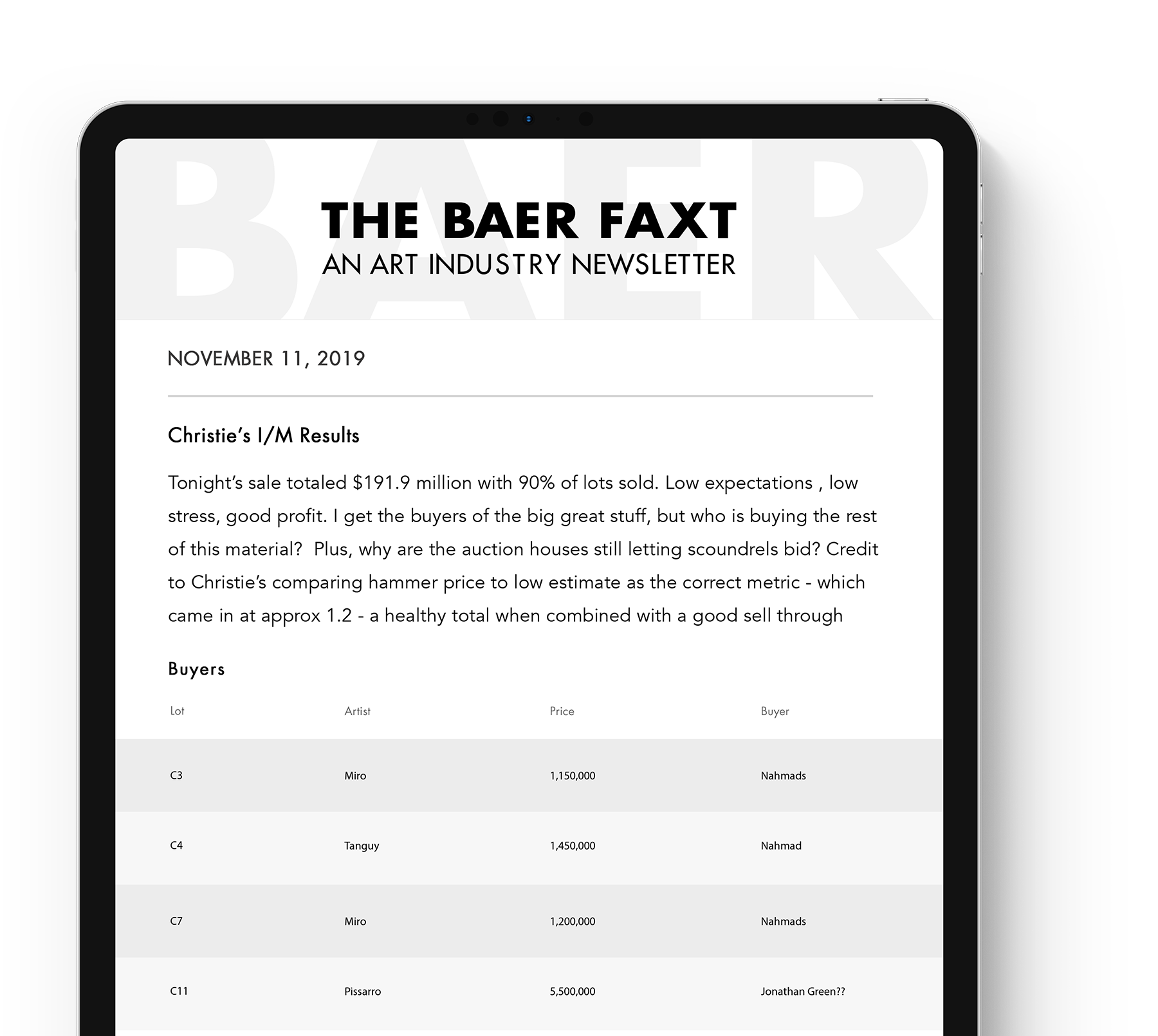 The Baer Faxt is a weekly news brief of the art world’s top breaking stories. For the last 20 years, its reporting has been the most relied on source in arts information. Written and published by Josh Baer, the publication covers original news stories from an art advisor who has had his finger on the pulse of the art market for decades. 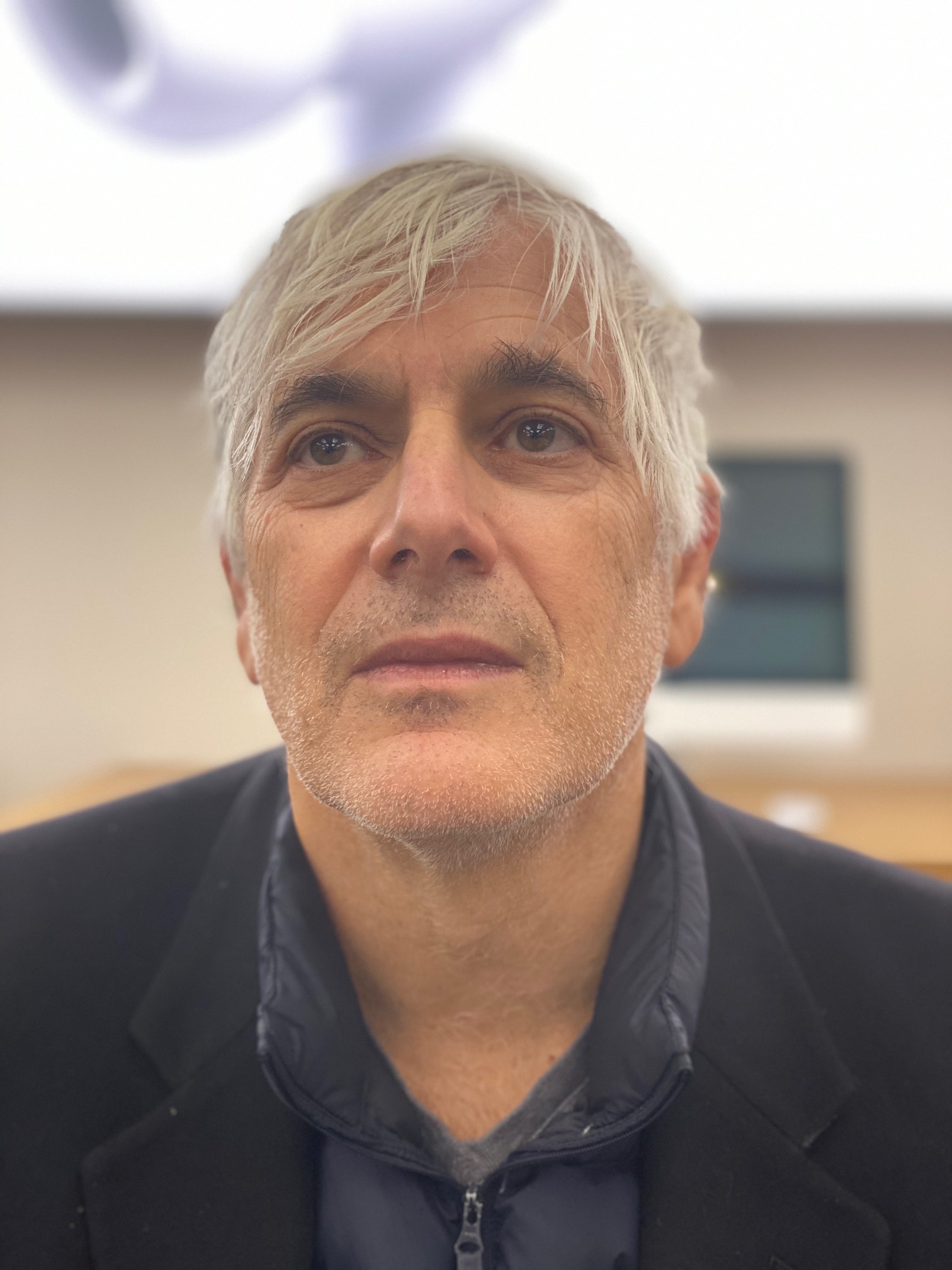 Josh Baer is a renowned art advisor, curator, and art market journalist.  He began his career in 1979 as director of White Columns in New York City.

Baer wrote and co-published the legendary art and culture magazine ZG and co-founded the post-Punk record label Neutral Records.  Among their releases was the first EP of Sonic Youth and Confusion is Sex. ZG Magazine featured contributions by notable artists such as Ed Ruscha, Jeff Koons, Vito Acconci, Jack Goldstein, Gordon Matta-Clark, and Robert Mapplethorpe.  Baer went on to represent some of these artists when he opened the Josh Baer Gallery in 1985.

In 1994, Baer transitioned to private art advising, contributed bi-weekly to New York Magazine, and published The Baer Faxt.  He also taught arts-administration at The Fashion Institute of Technology and educated the public on art collecting through panel discussions and talks held throughout the world.  More recently, Baer curated selling exhibitions at galleries and auction houses and consulted with eBay before the launch of its online art venture in 2014.

Baer spends his days advising collectors from his office in Manhattan, New York.

What People Are Saying

“Shortly after opening my gallery 20 years ago, Josh approached me with his idea for the Baer Faxt – I think I was one of the first to sign up, and of course in those days it was still an actual “fax”. Since then I don’t think I’ve missed many, and the Baer Faxt has been our been our consistently reliable, must-read source for news, analysis, and up-to-the-minute auction reports.”

“I love the Baer Faxt. Especially when I am not a part of the piece.”

“The best way to become a player in the art world is to be an under­bidder on a major work of art [at auction]. You don’t have to spend any money. Just raise your hand near one of the top bids on a Warhol or another major lot and Josh will list you in the Baer Faxt among the underbidders.”

“When I see the Baer Faxt in my inbox, I immediately click to open what I know will be a brief but interesting show in the art about the art world’s comings and goings.”

“The Baer Faxt is the most dependable, transparent and timely source of news about the Art Market. It’s greatest advantage is its willingness to challenge the presumed and politically-correct by presenting questions that challenge the obvious and hackneyed.”

One year subscription to New York’s top art insider newsletter, The Baer Faxt. The Baer Faxt will be sent to the email address of your choice approximately once a week.
Subscribe Now